You may have had the recent pleasure of viewing the beautiful t-shirt depicting the 19th c. durian sketch commissioned by Major General William Farquhar, first Resident (yes, with a capital ‘R’) and Commandant of Singapore, as well as former resident of Malacca.  While his fluency in Malay, predisposition towards the lovely ladies of Malacca (or at least, the one he married), and beautiful rendition of the durian are sufficient grounds to give us confidence he was indeed an aficionado of the ‘fragrant’ fruit, we have yet to find written testament of this. 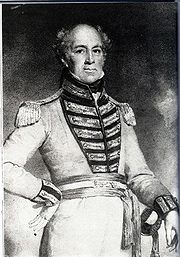 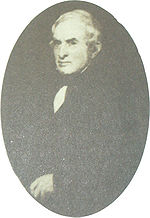 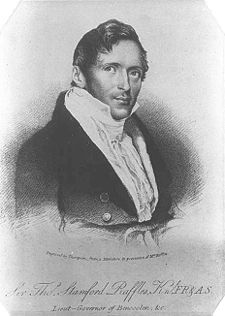 Fortunately, one of his colleagues, namely The Honourable John Crawfurd, 2nd Resident of Singapore, did have a few things to say not only of the Durian, but also the mangosteen (or ‘mangustin’ as he wrote it).  John Crawfurd, fiesty and pragmatic Scot that he was, didn’t really get on with William Farquhar.  In fact, even Sir Stamford Raffles had his run-ins with John Crawfurd, principally regarding Crawfurd’s practical belief that the new colony of Singapore might as well legalize gambling, and enjoy its tax benefits.  On the other hand, Sir Stamford Raffles tried to press for an idealistic new order where not only gambling would be illegal, but (get this) even consumption of opium would be banned.  Crawfurd had the following to say in a letter he wrote in his defence to the East India Company headquarters in Calcutta:

The passion for gaming pervades all ranks of the two principal classes of our population, the Chinese and the Malays, to a most unusual and extraordinary extent, and I am clearly of opinion that in the relation which we stand to them, and the slender opportunities which we possess of reforming their manners and habits, the propensity, as far as our influence is concerned, is incurable.

So there you have you it.  Singapore remained a free port, and gaming revenues made up 20-25% of government revenues at any given time.  Interesting that Singapore is once again tapping into this ‘incurable propensity’, but I digress…. Suffice it to say, Crawfurd and Raffles were unlikely durian kakis (Malay equivalent to ‘buddy’).

Crawfurd kept good notes throughout his postings in Penang, Malacca and Singapore, which in 1820 were published in the three volume History of the Indian Archipelago.   Here I provide you with some excerpts, taken from Chapter 3 (Husbandry of Articles of Native Luxury) where he describes the mangosteen and durian:

Of the indigenous fruits, the Mangustin (Garcinia mangostana) is the first rank.  It is the most exquisite of the Indian fruits, and, indeed, of all known fruits.  It seems to meet the approbation of persons of the greatest diversity of tastes in other matters, whether that diversity arises from peculiarity of constitution, or from national habits and antipathies.  It is mildly acid, and has an extreme delicacy of flavour, without being luscious or cloying.  In external appearance it has the look of a ripe pomegranate, but is smaller, and more completely globular.  A rind about three lines in thickness, something hard on the outside, but soft and succulent within, encloses large seeds, or kernels, surrounded by a soft semi-transparent snow-white pulp, now and then having a very slight crimson blush.  This pulp is the edipble part of the fruit, and persons in robust health may, without prejudice, eat a much larger quantity of it than any other fruit.

And now, for his description of the durian (ideally, read aloud in a  Scottish accent):

The highest rank among the indigenous fruits, in the opinion of the natives, is given to the Durian, (Durio Zibethinus,) not at all excepting even the Mangustin, but most of strangers, from its peculiar and offensive odour, have at first a violent aversion to it.  When that aversion, however, is conquered, many fall into the taste of the natives, and become passionately fond of it.  The tree which bears the Durian is, among fruit trees, a lofty one.  The fruit, in external appearance, has some resemblance to the bread fruit, but is bigger, and the spines of the husk are larger and stronger.  As it ripens, its colour assumes a yellowish green.  It is near the size of a man’s head, sometimes spherical, but occasionally oblongated.  When ripe, it is easily divided with the grain, and, when opened, is found to consist of five longitudinal cells, each containing from one to four large seeds, as big as pigeons’ eggs, enveloped in a rich white pulp, itself covered with a thin pellicle, which prevents the seeds from adhering to each other.    This rich white pulp is the edible portion of the fruit.  -To my taste, the Durian excels all other fruits.  Though extremely rich and nutritious, and, one might almost say, partaking more of an animal than vegetable nature, it never cloys, or palls on the appetite, so that a taste for it rather increases than diminishes, and once thoroughly acquired, continues for life…

Descriptions of the durian, invariably tend to suggest the gradual development of an addictive, sinful craving for this large ‘head-sized’ fruit of rich pulp and seeds the size of ‘pigeon’s eggs’.  Perhaps its a good thing the fruit hasn’t made it to those distant shores.  Just imagine the disruption if events such as Wimbledon served durian (preferably Mau Sang Wang variety) rather than strawberries and cream?  “What, match point for Federer? Eh.. wait wait.. must try this soft one here…too delicious…”

To read a bit more about John Crawfurd, check out Blogging.. Walk the Talk. 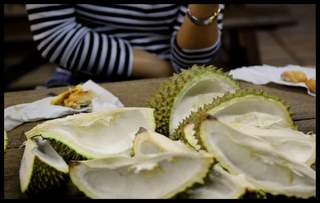 "...it never cloys, or palls on the appetite, so that a taste for it rather increases than diminishes, and once thoroughly acquired, continues for life..." 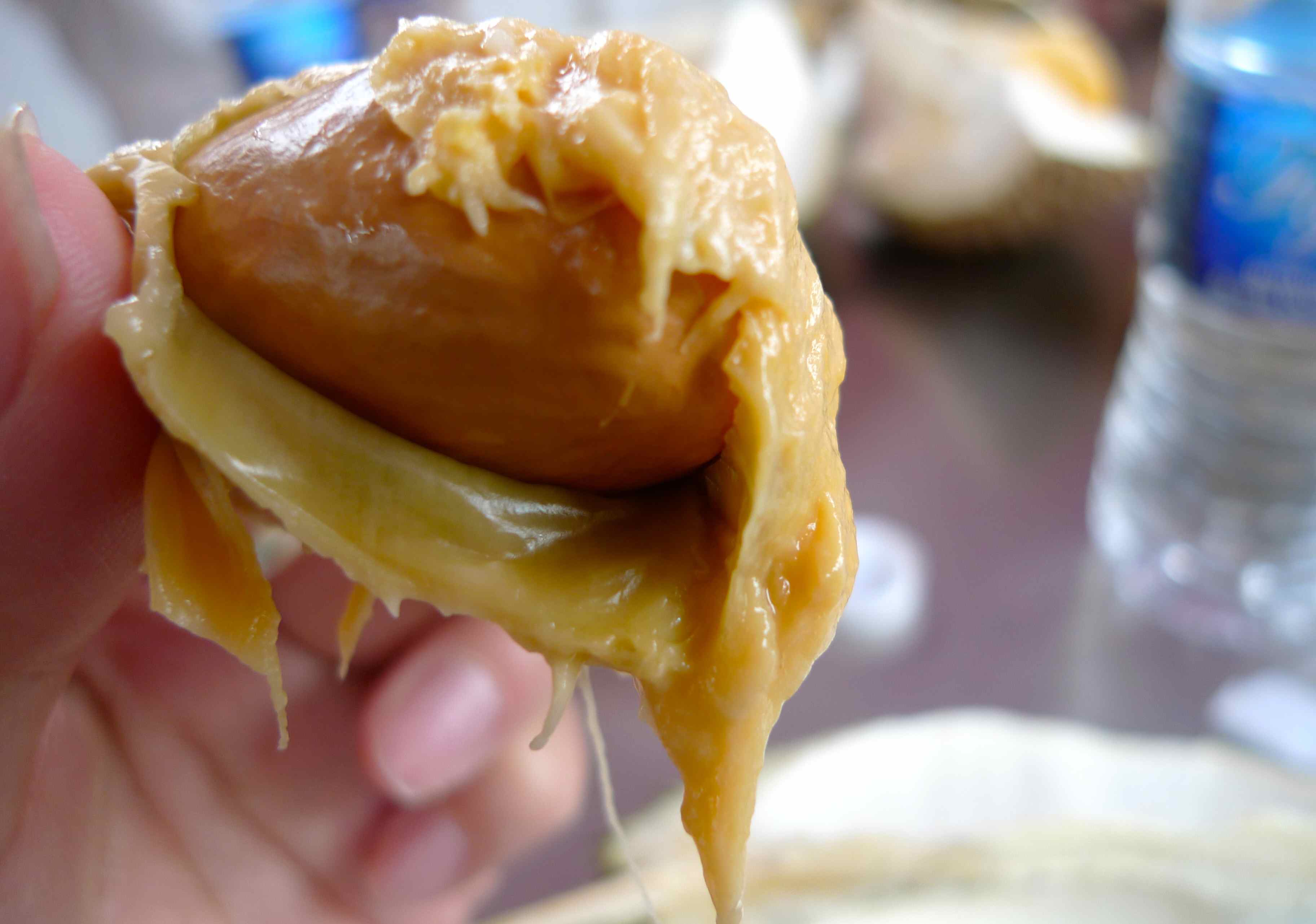 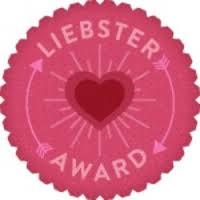